Pokemon GO leak: What are the newly added features?

Over the years, Pokemon Go has been developed and a lot of features have been added already. With this, the new version of the game allows us to see a lot of details and it is expected to further develop in the coming weeks. Some of the newly added features on the upgrade include new Galaraian Pokemon, Shiny Pokemon, Event data, Pokemon Go Fest 2020 and other main changes. These changes have been highly loved by a lot of players that’s why the demand for pokemon go account for sale has been relatively increasing. To get to know more some of the changes in the game, this article will provide you updates about the current features of Pokemon Go.

If you are not yet sure whether you want to tap a certain Pokemon in Pokemon Go, it is okay to swutch apps for a while and come back. You might still be able to see a Pokemon fleed already. Consequently, when you tap that Pokemon now, you will receive an error and then the Pokemon will disappear. In know this can be very annoying and frustrating. But don’t you worry because the next time you encounter this kind of situation, there is now the right way to deal with it. Recently, Niantic included a new Flee animation. Basically, when you tap a pokemon that’s already fleed, such Pokemon will literally get up and run, swim, or fly away from you.

There have been several changes in the pokemon Go since it was introduced to the gaming community. One of those is the switching of the GameMaster update technology. According to hodag7 and the PokerMiners crew, this upgrade which refers also to the Request Dynamic Game Master Update is shown twice in the latest iteration of the APK. For android, at least, we’ll likely see updates for the game appear without a necessary tapping of the Google Play ‘UPDATE’ button.

Recently, new features are being upgraded in the game and additional Pokemon Go Buddy interactions and consumables are very evident of that. There is a new section that players can see in the code of the game for Buddy Consumables. Condes for Pikachu Visor and Souvenirs make it possible that we will soon be able to address our Buddy Pokemon up in clothing just like our avatar. You can go to the style section to see more of the updates about outfit of your avatar.

Event aura can be obtained in Pokemon Go when you also see a Lucky Egg or Incense. In the latest upgrade of the game, this bit of dust is now called Event buff. But what is the purpose of this entity? Basically, using event buff, you will be able to see rather than just guess, the bonus experience points that you will receive, stardust, half-egg distance and so many more. According to experts, event aura will be more evident in Pokemon Go Fest 2020. 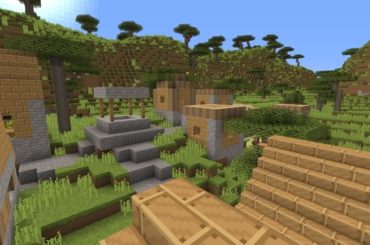 How To Create A Minecraft Server In 5 Minutes