Idle Heroes is one of the world’s leading role-playing strategy games that has earned the highest grossing revenue. The game was released in 2016 by DHGAMES, and so far, it has over 460 thousand reviews, 10 million downloads, and have an average rating of 4.6/5. The strength of the game is the event, and the updates are constantly done to create a great level of excitement every time for the gaming community. The producers give updates with new heroes, attractive gifts, and new items. These things make it remain at the top of rankings and one of the best editor’s choices. You can get the best idle heroes heroes by playing games more often.

Let us know some amazing tips and recommendations that can help the play to play more efficiently and build their own 5-star heroes faster.

Once you set up your team with at least 4-star heroes, start to disassemble the 1-3 star heroes. No doubt, as you play more and reach the next levels, you will win the 1-3 star heroes, so there is no point in keeping them. If you disassemble other herpes, you can win soul shard stones and can further buy 5-star heroes with those stones. It is highly recommended to buy these heroes first: Walter, Gerke, Demon Hunter, and Dark Arthindol.

The arena mode is an exciting mode where you get to fight with other teams and earn prizes from them. But sometimes, playing numbers of arena battles can be tedious as you can get bored watching the screen. The match takes around 2 minutes to get complete, but it can bore to watch others fight. You can skip the arena battles and check out the results of the whole match without even watching it. There is always an option of “skip the battle” on the Arena battle screen.

Linking your social media accounts to the game is always an option for you. You are never forced to link them as you get a chance to make new friends in the game itself. There is a friendship summon feature, and you must take full advantage of it. There will be a number of people playing the game, you can send them a friend request, and if they accept it, they will appear on your friend list. You can make at least 10 new friends and play the arena battles with them.

By playing more and more, heroes gain their tiers and levels, and the stats also tend to rise. The best opportunity to improve the game is to raise the basic stats of your heroes by 20 to 60 points with the use of the “Guild Tech” screen. Being a member of the guild can help you earn free guild token, which can help you to purchase stat upgrades. The players must invest in health points of mega class heroes as they tend to die fast.

In some cases, there might be trouble in getting gems, and the best option would be to watch the short video and get 20 gems for free. This is a generous game that allows you to watch short videos at least 5 times a day that can help you earn 100 gems per day. This means you can earn 3000 gems per month that can help you to win real money by selling the gems.

Pokemon GO leak: What are the newly added features? 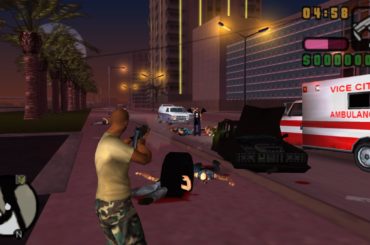 How To Get A Free Xbox 360 Elite And Grand Theft Auto Iv, No Scams Attached